We are so overdue for a rap, friends. Get in here.

That might look more sinister than intended if it were anyone but beloved Morpheus. (Let’s take a minute and talk about what Laurence Fishburne means to me, shall we? The answer is everything.)

So, as we recall, I’m one of the Sweet 16s – an awesome part of which is getting to read ARCs (advance reader copies) of awesome debuts!! Three that I’ve adored, thus far?

The Abyss Surrounds Us by Emily Skrutskie

The Love That Split The World by Emily Henry (**)

**ETA: While I enjoyed my initial read of TLTSTW and do not deny that, I do think it’s necessary to point to the very problematic content that was brought to our attention after this post was written. Rather than remove its mention here, I’d like to make note of what I learned. While I wasn’t versed enough to be certain of it, scholars on Native Culture as well as Native activists and authors noted the mishandling of troubling subjects such as the adoption of Native children into white families, the lack of tribal recognition or identity while using stories from various, varied Native cultures as though they are monolithic. If you’d like to know more about the criticisms this title received, I recommend Debbie Reese’s storify on the subject. It is my opinion that if we publicly note enjoyment of something we find out is problematic, we should warn our audience of the problematic content. (And now I return you to the original blog post!)

The awesome thing (I like that word) is that these books could not be more different. Abyss appealed to my love of effortless worldbuilding in science fiction, and the originality of these massive beasts trained from birth to defend their ships? Yes, thank you. TLTSTW was basically written specifically for me, I can only assume, based on the magic realism, the wry humor, and the hypnagogic hallucinations (long story, short version of which is, hooray, I used to experience these a lot more often!). And Rahul’s Enter Title Here was legiterally the most refreshing thing I’ve read so far this year. Loved the concept and the construct, and as a norcal girl who went the accelerated program route, this amazing and also sometimes detestable MC felt so real to me – despite that I cannot think of a single person in my program who seemed like her in the least, lol. And it’s set in Norcal, I mean, come on. I am getting to be that person. Allegiances and all that.

In my own debut news, September approaches, and I am SO looking forward to my own cover reveal, designing/ordering/sending out LLoA swag, and getting to attend writerly events! For me, most things remain pretty quiet. Such is the life of a fall debut when it’s only March, I think. 🙂 But my body is ready.

In the meantime, I am both writing the follow-up to LLoA – which, have we talked about why I don’t think the word “sequel” is necessarily accurate?! no? someday – and also, prepping to write other things!

Thing the 1st: an adult scifi novel based on one of my short stories. While I at one time assumed any related novel would be extrapolating on the story from said ss, I now think I need to sort of explode those parameters. Like, blow them up. It pins in the story, when the whole reason for developing it into a novel is because of how much potential I think there is in the concept.

But this took a backseat to Thing the 2nd: a YA urban fantasy about these present times of ours. This has eaten my brain. I’m co-writing it with my sister, which would be the first co-writing situation of my life, if one could possibly forget that we’ve done this before. Literal decades ago. When we, sisters who decided we are more accurately described as twins despite being two years apart, wrote the story of Megs and Pegs. Two twin sisters entering kindergarten. (I’m peeling my skin off as I tell you.) ::abruptly stops::

THINK FAST! Ever wondered if my contrarianism is a new development? Pretty sure it isn’t but want that certainty confirmed? Well, the lovely Ami Allen-Vath is debuting this month with a lovely novel called, LIARS AND LOSERS LIKE US, and in prep, she invited me to take part in a blog post about prom! For which I even donated a picture from my Senior Ball. Wanna see? Click away!

Finally, did you miss my Valentine’s Day interview as part of my #WO2016 crew’s blog hop? Check it out!

Aaaand I think that’s everything.

As an aside, I considered reusing the blog title “Rando Calrissian” because I just really feel like it didn’t get enough affection and is one of the most underrated of my clever blog titles. Shoulda timed it to coincide with episode VII. The following are equally random tidbits*, in an attempt to reconnect with you, dear reader. The things I do for England.

(1) Yesterday, during our Montreal Sunday Funday – which is what I call our weekly return to the city for church and fellowship…because I’m not great with titles *all the time* – I took a bite of chicken salad and immediately had a full sensory memory of the last time I’d eaten chicken salad. Which was like twenty years ago. I am 33 and feel it is far too early for this sort of phenomenon.

(4) This season’s marathon of the original Planet of the Apes franchise has left me with three truths thus far – because full disclosure, Ezra and I haven’t watched #5 yet, but will today! I do not apologize for how much space will now be devoted to talking PotA.

I will never apologize.

(4.1) The 2nd movie – Beneath the Planet of the Apes, the one in which a strange subterranean enclave of telekinetic radioactive humans worships a bomb and which includes an unnecessarily long “church” scene complete with organ and hymnal – which I would have *EASILY* said was my lowest ranking in previous seasons, actually went up in rating, if not ranking. I AM AS SHOCKED AS YOU ARE.

(4.2) The 3rd movie – Escape from the Planet of the Apes, in which Zira and Cornelius come from the future to 1971 and are first the toast of the town and then, well, not – remains the absolute highlight of the franchise. Period. I realize this doesn’t sound like new news, but it was confirmed. Favorite.

(4.3) The 4th movie – Conquest for the Planet of the Apes, in which Caesar begins the revolution in 1991 – tanked in my rating. Just tanked. I think due to the overall comparative strength of the story, I’d given them too great a pass on the complete and utter lunacy. No more. 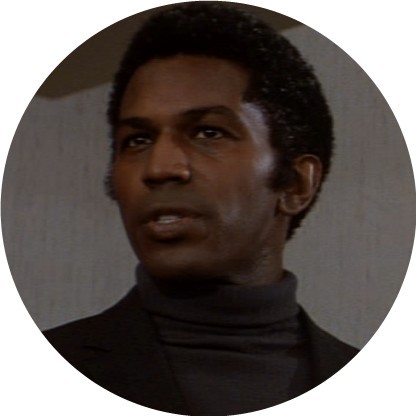 Yes, you, MacDonald. You were just grand.

(5) They opened a huge Dollarama on Queen Mary as soon as I left Montreal. Thanks a bunch, friends.

(6) There is no Popeye’s in Northcountry New York. The implications of which worked me into a nearly destructive lather at one a.m. Still adjusting to being back in the States, but nowhere near to what I’m accustomed. We’ll get through this together.

*If perchance you followed the link to Rando… you would know that my Planet of the Apes ….fixation, shall we say, is inescapable.

There are things over which an author has no control. This is never more easily understood then when you are the author. Lately, there’s been at least one dust-up over something the author of a very popular series could not really be expected to change. Because, the “not in control” thing. But I guess some people think we’re just kidding.

(But she looks comfy, tho.)

And so anyway, the point of all this is who knows what will be, but IF I were to see an audio rendition of The Last Life of Avrilis (guess where that links to… guess!), I have but one request. That the narrator be one of the following:

To be fair, I think everything should be narrated by one or both of them. No. Not both. We would not survive it.

While, on deeper meditation, it seems strange to have a grown man narrate a novel with a young female protagonist written by a woman… I don’t know how to finish that sentence. Have you heard them speak?! Was your soul not awakened?! (Apparently I have no convictions and stand for nothing. Because I think this could still work.)

But on the off chance that either selection would be off-putting, I will also benevolently accept another superstar narrator, in the form of Meagan Good.